Somebody help me please. I’m quacking up over here. I’ve revised the post below two years prior with eager anticipation of doing the same this year once the ducks sent their yearly signal.

It’s the middle of April 2014 and my friendly water fowl have STILL not yet serenaded me with my morning medley of quack-tastic tunes. Here’s the thing though. I see them on the lake. I’ve seen them crossing the street. I’ve seen them soaring through the air, but I haven’t heard a peep (or quack) out of them. I know they’re there, but I simply haven’t experienced them as I had before.

Even as I hold out hope for my symphony of duck sounds, this year, my ducks and duckettes are teaching me a tough, but valuable lesson I thought I’d already learned. Just because things aren’t the way they have been doesn’t mean they aren’t they way they should be…and that should be enough cause for celebration. So I shall, celebrate until they decide to provide the party music!

The post below was originally written two years ago. Until 6am this morning, I was secretly, very concerned about having lost the quack as the ducks that have serenaded me for the last six years hadn’t been as melodious this year. Outside of the sounds of the occasional birds my yearly, lakefront concert was virtually non-existent. I’d come to depend on their water symphony as a sign of good things ahead. I would peek out of my windows to make sure the ducks were still in the backyard. They were. But the quacking, splashing and everything else I expected from them as a reminder of a new literal and figurative season just wasn’t there. Until today! The quack is officially back, and that means I’m ready to fly! 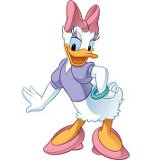 The neighborhood ducks woke me with an unwanted morning medley today at 5 am!!!!!! I was mad at first as I’d decided that today would be the day I slept late…at least until 6 am:) I couldn’t sleep because they insisted on quacking and gliding and splashing and playing. I will admit that a bit of duck hate and an instant taste for roasted duck with an orange reduction sauce on a bed of creole rice creeped up in me as I mouthed “why are they so happy?!?”( Forgive me. It was early!)

Instead of letting my waterfowl envy fester I decided to try to find out what was going on. So I did a bit of sleepy-eyed research and before the break of dawn it dawned on me that these ducks had a reason to celebrate!!!! According to the Alabama Waterfowl Hunting Guide duck season ended on January 30. Oh QUACK!!! And then I found that duck mating season begins in March. Oh QUACK times two or three or five or six!!! So that means the ducks had made it through the season set aside to murder them and were poised for the season set aside to multiply them!!!! Quack! Quack! Quack!

So now when I hear them quacking and splashing I’ll know what it means. The call of the duck will be my new signal to thank God for protecting me from what could have been and preparing me for what will be. My parents named me Angela, but today I’ll go by the name Daisy (as in Donald Duck’s boo) because when I tell you I’m so quacking grateful and so quacking excited. I’m literally quacking up on the inside. I’m All Quacked Up!!!!

One thought on “The Quack Is (NOT) Officially Back…Yet”