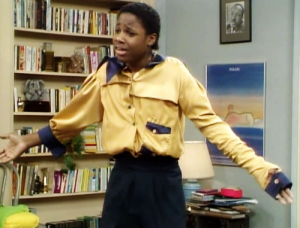 The answer to this query escapes me, and I really don’t want to take the time to Google it, but I’d like to believe that he’s faring quite well off of the Cosby Show’s amazing syndication run. In syndication since 1988, and shown as many times a day as a bad, payday loan commercial, the Cosby Show has to be one of the longest and most frequent running television shows in syndicated history. (or at least in my world:) That should mean that the cast’s payoff, whether in resources, respect or royalties for things they did years, and years ago has to be a blessing!

That’s how I want to live my life…in syndication. I want the works that I did, the acts of kindness I performed, the seeds that I sowed years, and years ago to continually pay off for me LONG after I’m grown up and gone on. Not that I expect them to provide exactly as they did during the time they were rendered, and not that I ever plan on stopping in trying to do well, but wouldn’t it be nice if, even in the effort to always progress, we were continually rewarded and awarded as if our good deeds were in syndication? Wouldn’t it be nice if we lived life so well, and in such a memorable way that long after seasons ended we still could expect harvests to reap? Yes, indeed that would nice, about as nice as an actual Gordon Gartrell shirt:)