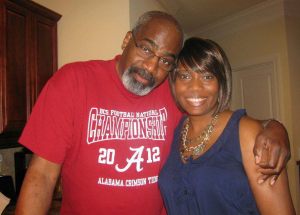 Growing up, I had the wacky notion that everyone had a father like I did. It really wasn’t until college that I realized that not only was that not true, but just how much of a sacrifice it was for my father to be who he was for my mom, siblings and me, when he never had who he had become.

The youngest boy of ten children from a single mother, having worked since age seven when he started picking cotton, navigating his way through the ups and downs of life, love, family matters, losing his hearing, mentoring boys and men, retiring from a 30+ year career, offering financial support and helping take care of relatives in is latter years and every thing else in between, my daddy did it all without the presence of his own biological father to guide him.

To this day I share an often turbulent mix of overwhelming love, awe and sadness for him, as a man who didn’t have the chance to experience a father as AWESOME as he is. Later in life he had wonderful role models like my grandfather Willis, but never that full embrace from the man whose skin tone he bore. He deserved that! Everyone deserves that! It amazes me that there’s something extra special in some fathers that would allow them to give their own what they never had or no longer have. In the words of Salt-n-Pepa…”What a man! What a man! What a man! What a mighty good man!” To me, being what’s never been to you or is no longer to you takes courage, tenacity, selflessness, strength, trust in God and wisdom that only comes from God.

Not one to sugarcoat or remix history, I would be the second or fourth or fifth to say that my father, like any human is not perfect. He would be the first to say it. But he’s become perfect at working at those things that need work.  I will also say, that, as his oldest, baring an uncanny resemblance to him, I am not perfect either and have given him more than a run for his expertly accounted for money as I often exercised my ability to “lose my mind”. We would bump heads about some of the most outrageous things and my outrageous behavior. Like the time I got MAD at him because he wouldn’t let me spend the night in a hotel with some friends at the ripe, old age of 17. How dare he?!?!? (Or so I thought). Or the time I couldn’t understand why he didn’t understand why I wasn’t grateful for the red Geo Metro he bought me because I wanted the hot new car on the market…a Hyundai. Or the time, even earlier as a child, when I had a full-fledge, Academy Award-worthy fit because he had the nerves to work overtime, take me to Disney World and make me wait for him to wait in line to get me some pizza. So what did I do? I commenced to use the voice that would one day make me money to SCREAM AND YELL that he didn’t love me and that I was adopted (how did I even know that word at age five???). Through all of that and the hundreds of other things that I shall never blog about he loved, cared for, protected and provided for me like those things never happened.

I’m 42 years old and my daddy still tells me I’m beautiful. He studies my face to see if there is concern, fear or any problem peeking through that he feels is his job, at age 69 to still solve. He still asks if I have money, if I’m dating, if I want to sit down and watch the game with him, or if I have him some “blowgum” (our version of the word bubblegum). Like a true protector, he also makes it crystal clear in Trenholm Court (his former housing project in Montgomery) terms that he still has a smidgen of street in him that can and will come out at the defense of his bloodline. 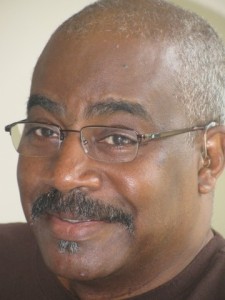 I often struggle with the notion of knowing that many who I know and love have never had, or no longer have the joy of a tangible man to love them since birth and be present to see them through adulthood. That point is made even more clear on days like Father’s Day as I celebrate the man who means the world to me and think about others and him who have never been able to, or no longer can. My prayer is that throughout his life my daddy, Sylvester Scott, is daily reminded of just how absolutely loved, influential, needed, cared for and appreciated he is. I’m committed to being a part of that charge. My prayer for others, like him without a father is that a warm, and reassuring sense of the Heavenly Father’s love ushered in through good, ol’ folk right here on earth overwhelm and saturate them now and always.

4 thoughts on “I Salute You Fathers Without Fathers”