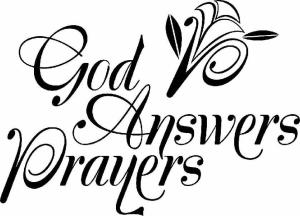 I asked God to do something for me and He did! He didn’t do it when I wanted Him to. In fact, according to my Liz Clairborne timepiece, He took His time. Not that I “wrestled  Him” like Jacob, but I’d made up my mind that I was not going to let go! I’m so glad I hung on. And I’m so glad He did it His way, because not only did He do better than what I asked, but He didn’t give it to me until after I failed in trying to get it on my own, and until after I became content (again) with what He’d already given and until exactly when I needed it. 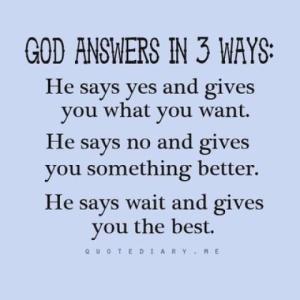 Even though the prayer was one that I sincerely prayed and believed for, I was honestly taken by surprise when I received the blessing. I have a track record with Jesus and should have known He was up to something (the devil and his devilettes were a clear signal), but something in me was genuinely surprised when my prayer was answered. I like the feeling of being surprised by a Savior who loves me enough to shower me with a surprise or two here and there! 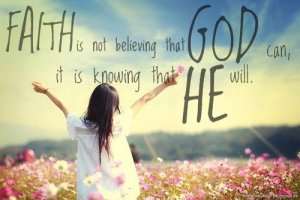 With not many words to say in this blog, all I’ll simply say is TRUST IN THE LORD. He’s been doing what He’s doing for more than 2000 years and knows how to bless you in ways your heart, mind and spirit can’t imagine. @AngelaMMoore316 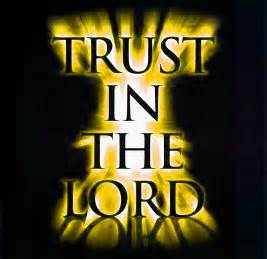