A blog post months ago called Doors Fly Open When Walls Fall Down talked about my trek with getting over some issues within myself that have hindered me from being who I know I’m supposed to be.

I wrote about karate chopping some serious areas in my life that had greatly held me back especially regarding my professional life and use of my God-given gifts. I began to knock down the walls of:

As I was knocking down my walls and waiting on the doors to swing wide open, someone asked me just how I did what I did. How did I chop down the walls within, and what truths did I have to believe in order to do it. Whew! That’s a good question and one that causes me to really, really look at the real reasons behind the “chop”. I knew what I did and why it was important for me to do it. I knew that, regardless of what new opportunities would come the big project would be working in and on me. I even knew how I did decided to get over the things within me that were getting me down, but to vocalize with the free world just how I ended up in that little pickle of a problem was a cucumber of a different color.

There were really only a few overall reason I experienced the four symptoms listed above. (I’m taking a deep breath as I get ready to type the words.) I was disappointed in where God had led my life, was afraid of another major upheaval, questioned my hearing of Him and had allowed doubt to lead to despondency. Pass me a fan and a fainting sofa! That just took a lot out of me!!!!!!!!!!

To make a long life’s story short, in 1999 I had a great job I loved in Marketing and PR, was making more money than my age at the time (or my age now), became gravely ill in 2002, and worked part-time at a non-profit making a lot of income and impact in 2003. After clearly hearing the voice of God I left there to work in ministry full-time and ended up divorced, out of the job I left the other jobs for and out of the “game” seven years later. I felt like I’d been knocked down to “just out of college with no experience” status. That made me feel like someone had pulled the proverbial rug from under me. It really knocked the wind out of my career sail. My focus wasn’t initially on the reason the wind was knocked out of me or the fact that God was capable of blowing a fresh wind. I was mad, hurt, angry, confused and let down so all I wanted to know was did I not hear God properly to get in the boat in the first place seven years prior. I wanted my highfalutin, move-making, upwardly mobile career in Marketing/Media and that’s just the way it was. I wanted to make a difference doing it the way I’d always done it.

So for three years (since 2010) I’d been stuck in the rut of questions. I love what I do now in the field of social justice, but I did miss what I’d done, especially since my pride was telling me that after giving that up to work for God (isn’t anything we do supposed to be for God anyway?), He should at least give it back to me. (Ha! The nerve of me!) I had, at times gotten discouraged not working in “my field”, as if God can’t use and bless me in multiple fields. I was clinging to the thought of my old career like a baby to the bottle. I’d questioned my ability to hear and heed. I’d thought, well maybe that season of that gift is over forever.  I’d bartered God’s blessings for fear of rejection because after all, I must not be good enough to do what I love to do for more than random assistance for others. I doubted so much about what was once viewed as a blessing, now choosing to classify it as a mistake, a burden, and a tragedy even. I can be a bit dramatic! Pray for me. 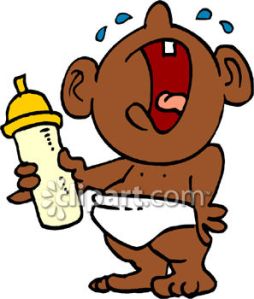 Then these truths hit me, leading to the “chop” 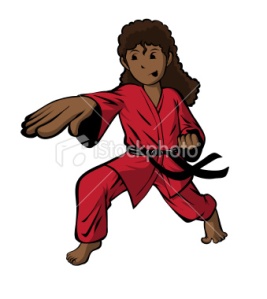