Shhhhh…I have a secret. I still have Christmas presents under what was once a tree that has now been put up until next year. The persons they are for are dear loved ones and I cringe to think of what they may be thinking at the fact that they know we’ve not made our yearly exchange of presents in each other’s presence.

It pains me to see the presents sitting on the floor each time I walk by. I would often alter my route in my house so I wouldn’t have to walk past the presents peeking at me as if they were saying, “you’re in troubbbbbblllleeeee”. But this Christmas and the weeks following it were like none other before as I traveled out of town five times due to the death of a dear relative, had family obligations that were unusual, was bogged down in buying a new car (it was not fun), was fasting, had a planned trip to DC (it was FUN), was a bit under the weather and the list goes on. 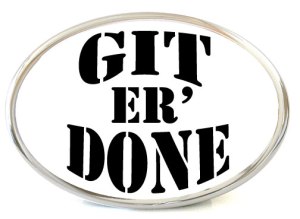 So I say, Git Er Done? I would if I could, but I’m slowly, but surely coming to see that there are somethings I can’t do, or can’t do when or how I want to. I’m human, and not super-human, and I’m coming to know (as I choose to see if) that God sometimes allows things not to go the way I planned so they can go the way He planned and it’s always better. 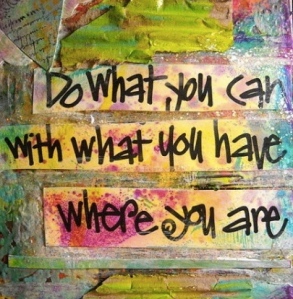 The way I see it, at some point before December 25, 2014 I’ll get to celebrate Christmas 2013: The Remix and the timing wouldn’t be any more perfect. Here’s another secret. I can be hard on myself regarding things relating to others. I simply have to learn not to be so hard on myself and put pressure that should be there in its proper place, which is definitely not in or on me. And that’s all folks!