A few weeks ago I was having a chat with someone close to me  about some changes in my life. That person was actually my mother who will probably read this as soon as she gets her new laptop and facebook account set up. 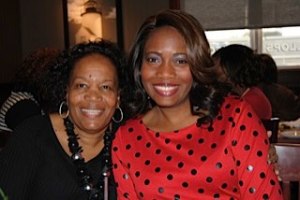 The more I spoke, the more I could tell that her motherly instincts had kicked into the easily reached gear of “concern”. As I shared my scenario and stated my case, in explaining my point of view, I could tell she wasn’t quite feeling it. Her preference, as with any good mother eagle, would be to know that her eaglet would be okay, and that she would have a birdseye view in watching it unfold. There seemed to be nothing I could say to her to get her to understand that either way I would be okay. Truth be told, I didn’t quite understand it all myself, but I believed that on way or the other, as Romans 8:28 reminds me, all would be well and GOOD.

Not being able to make my mother understand what I didn’t even fully understand lead me to a strong revelation. There will be times in life where figuring it out isn’t an option. And that’s by design with our greater good in mind. Some things aren’t meant to be understood, but endured, for the sake of something greater. That’s what I know for sure.

What I also know for sure is:

One thought on “What I Know for Sure”