Recently, I was surprised to learn of an associate who was offered another job. It wasn’t the fact that this individual was leaving a company with which a long, rewarding career had been granted. What shocked me is the fact that, after making mention to the direct supervisor, this associate embarked on a quest to share this news personally, and first, with a few key people who had been instrumental in helping along the way. I thought that was honorable, respectable and most importantly smart. You see, while this person’s focus was certainly on the new journey about to be embarked upon, there was also a keen awareness of the importance of tidying up things presently before fast-forwarding to the future. I made a mental note when I heard of it to do better at learning how to leave. 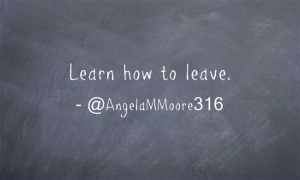 Leaving can be so hard to do. Whether it’s going from one job, church, school or group to the next, ending a relationship or transitioning a friendship, leaving can bring about as much fear, anxiety or questions for the person wanting to leave as the person being left. The thought of leaving and having to have that dreaded talk, even if you’re already half-way out of the door, can cause a stomach to do Olympic-worthy somersaults. Still, honorable and respectable conversation regarding a departure is needed and very necessary for all parties involved.

Thinking again on the associate who took great steps to leave a job in a proper way, I think back to the times where I’ve burned bridges, or have been the one burned. I also think back to the times where the bridges I might have scorched or chosen to handle the right way reappeared later in life.  I certainly think of the times I’ve been burned only to reappear in the lives of the “flame throwers” later. Needless to say, there are lessons learned from both sides of the bridge. 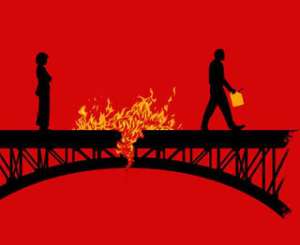 2 thoughts on “Learn How to Leave”