The art of the compliment is slowly being lost in society. Sadly, there are some people who would rather throw shade than share a compliment. They would rather “put down” than praise. They opt to dismiss rather than celebrate the rich array of awesomeness other women offer the world. All of this has succeeded in diminishing the beauty, necessity and intent of genuine praise. We all need to be reminded from time-to-time-to-time of just how fearfully and wonderfully made we are. However, because so many are void of the benefit of pleasantries which uplift, inspire and affirm, taking a compliment is growing to become just as foreign as giving them for some.

Have you ever given compliments to someone and have literally watched as they mustered up the courage to simply say thank you because they didn’t believe what you said? Have you seen the person, who, at the sound of the admiration immediately gives you a verbal exposé on all the things wrong with them? Or have you noticed the ones who break out into a childlike giggle when you say whatever admiring words you say because their minds can’t fathom that what you’ve spoken is true?

Because of all that we daily endure, some women view praise and compliments with a heafty side of cynicism. That saddens me. They often believe there’s something sinister on the other side of the conversation, and perhaps there is from some, but that’s not the case for all who take the time to notice. That has to stop. We are who we are and we are all worth being noticed, acknowledged and celebrated! 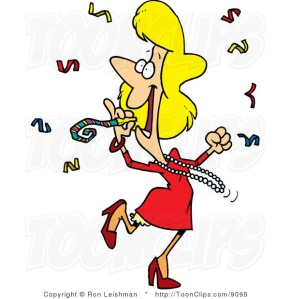 But what keeps us from taking the praise? Hindrances that keep some women from accepting praise include:

To my sisters, I’d like to propose that we engage in a little Popcorn Praise. Let’s all purposely seek out other women to offer expressions of praise letting our continual praise “pop-off” in bursts and spurts like hot, buttered, napkin wasting movie popcorn. If you see something you admire let her know. If you think her shoe or new hairdo is “the business” let her know. If you like the way she rears her children or cooks her organic, three-cheese casserole say something. If you are in awe of the way she runs her company or sings in the choir let it be told. If you are inspired by the way she walks with the Lord speak on it. If you think her elegance, grace, style or life’s story is pretty darn spectacular pass on the praise. Then, let’s all purposely keep ourselves in a position to humbly receive the praise that’s long overdue practicing saying “thank you” without anything else to say, believing what we hear, and seeing who we are in the site of God and those He sends to remind us of how beautiful we are inside and out. Now let’s get it poppin’! 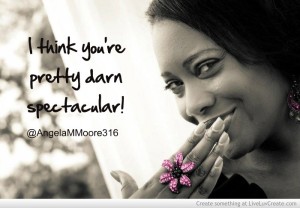