Several years ago I was a “big sister” with the Big Brother/Big Sister program in my hometown of Birmingham, Alabama. I proudly carried that title for more than five years for one of the most life-changing little girls I’ve ever met. During one of our first outings together, which had to have been way back in 1997, I asked her where she wanted to eat. I had big plans in mind for us to dine on something tasty and a bit fancy. With a twinkle in her eye that rivaled the stage lights at a Beyonce concert she hollered, “Chick-fil-A!” Now, I’m a fan of Chick-fil-A, so please don’t get me wrong, but Chick-fil-A was an everyday thing for me and my thoughts were of a few nicer places where we could enjoy, relax, be treated royally and be exposed to the finer things in life. So I questioned, “Chick-fil-A?” She replied, “Yep, I’ve never been there. I’ve heard it’s real good, and I always wanted to go, but I’ve never been outside of Bessemer, except to come to West End.”  Y’all, my heart broke as I heard her words, felt her sincerity and was instantly humbled by what I’d been exposed to and had come to take for granted.

Again, no tea, no shade, no diet lemonade on Chick-fil-A. I “heart” Chick-fil-A, but there is so much more in life to discover other than what we are familiar with, what others have exposed or limited us to, what makes us comfortable or where we think we belong. And if the thought of broadening our horizons frightens us because it’s not what we’re accustomed to being that’s all the more reason to be broadened. So, on that Saturday, my “little” and I cruised down Highway 150 in my champagne colored Nissan Maxima with the sunroof open and we made that transitioning journey from Bessemer to Hoover (her first time in Hoover as an 11 year old), and we went to Chick-fil-A. She was in big signs, fast traffic, waffle fry heaven. From that day on, I purposely sat out to show her and share with her more and more and more because she deserved it. She was completely down with it. Over the course of our sisterhood we travelled. We visited local sites. We learned new things. We learned the history behind old things. We met new people. We even dined different places, some with fru-fru black or white table linen napkins because I wanted her to know she belonged at the table. We “turned up”, in a strategically planned, budgeted, and cultured kind of way, of course.

Fast-forward several years to today. I’m not sure what happened to my Big Brother/Big Sister little sister after she became ill and moved. I think about her often though, certainly during times when I question whether I belong at “the table”. I don’t mean the literal table, as I have no problem pulling up there. I mean more of the figurative table representing anything that’s new, scary, exciting, forecasted or unfamiliar for me, especially when it comes to business or civic matters as a woman regarding what I have to offer and what I deserve to receive. I reflect on how my little embraced all that was new until it became a part of her expectation. Never once did she put up a fight to stick with what was as if what was was the only way for her. 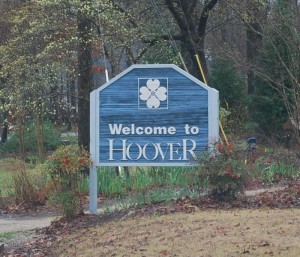 I was having a chat with one of my best friends as we were discussing events. The topic of women being worthy arose. We both concluded that as women we are all worthy. It’s as simple as that, or at least it should be. Often it isn’t. It’s up to us to support one another and surround ourselves with others who can expose us to more until we make it to where we have belonged all along. Then it’s up to us to turn around and do the same thing for a “little sister” so to speak.

Sometimes life’s challenges, status changes, insecurities, financial barriers, unwise choices, educational and career obstacles and personal obligations would dare us to believe that Chick-fil-A is as good as it gets for us. Again, no tea, no shade, no diet lemonade, but we belong at the bigger tables too, whatever that table may be, however fancy or frightening it may be, and regardless of whomever has already been seated.  Women, we belong at the table. As a matter of fact, scoot over and make room for me in a comfy chair at the head of the table.

4 thoughts on “Women, We Belong at the Table”