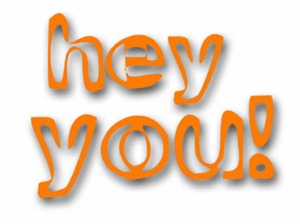 How long are you going to hold on to what happened? Yes, it happened. Yes, it hurt. Yes, it caught you off guard. Yes, it’s (still) causing issues. Yes, it was embarrassing. Yes, it was unfair. But it’s over, which means you CAN overcome it.

I challenge you to still be concerned, but don’t continue to be consumed. Still handle matters, but don’t stay mad. Still discuss what happened (healthily), but don’t let that define you. Still go through your healing, but don’t get stuck in what hurt you. Still recognize the bruises, but don’t keep placing blame and whatever you do don’t become bitter. Still acknowledge the past, but don’t let people or any problems connected to it keep you there.

Rome wasn’t built in a day. The same is so for your process to redemption, but I double dog dare you to be as focused on the process to healing as you once were on the pain of what happened. The longer you hold on to your pain the longer it hurts. Today, decide to STOP, DROP and GO… on ‘bout your business and get ALL of the blessings that await you on the“other side” . 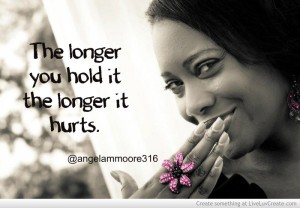 Angela Scott Moore has sported many hats in her lifetime. Some were cute, some not by choice and others brought a little chaos. All in all, each hat has helped her become the woman she is today and hopes to be in the future.

She’s a former broadcast anchor, reporter and producer, as well as a trained motivational speaker, fundraiser and marketing/public relations expert.  Careers in Civic Service, Social Justice and Human Resources have recently been added to her list of “been there, done that” duties. She’s also a former pastor’s wife of nine years, having worked in full-time ministry, where the majority of her time was spent empowering women and girls. She’s overcome life-threatening and life-altering illnesses, divorce, loss of job, death of close loved ones and too much to post, all while purposely trying to maintain a smile, positive outlook, encouraging word and faith in God.

Angela is an avid inspirational blogger at http://www.angelamooreblog.wordpress.com and also a philanthropic community supporter who has served with more than 25 local and national organizations over her nearly 20 year professional career. Currently, as a hobby, she operates the blossoming, full-service public relations venture Amazing Kreations, offering media and event planning assistance at low, or no cost to small organizations, ministries and businesses. She also hosts a Facebook page devoted to divorce called I’m More Than What Happened.

Taking lessons learned from each phase of her ever-evolving life, Angela’s now donning the hat of a single woman on a single mission to use spoken and written words to remind others that Life Gets Better and it’s possible to look and be their best in the process.

One thought on “Stop, Drop and GO”