Life has a funny way of being recycled when least expected for those who need it most. A friend, who is going through the early stages of divorce inboxed me on a social media site to ask a simple question…”Did you go back to your maiden name?” I thought about it, flashing back five years this month to the start of my journey through divorce and the choice I chose to keep my married name. I explained to her that I kept my name because, after nine years of marriage, I was deeply rooted in the community, career and in social circles. No where near the status of Tina Turner, but certainly understanding her argument, I had planted some firm roots publicly with the name Angela Moore, plus I was a regularly featured writer for a weekly paper and had been so for many years under that name. What I didn’t say, was that whether or not to change my name was on the bottom of my to-do list as I literally immersed myself in a mean round of “Get Out of Bed and Go on with Your Life”, and another reason for my choice not to change was because I prayerfully plan to marry again and prefer to one day make the transition to my final husband’s name once and for all. (Smile!)

Every marriage is different. The same is certainly so for each divorce. I have known many who have taken a different stance than I, or taken the same stance, but for varying reasons. Some have opted to immediately return to their maiden names. That’s absolutely okay. Some have held on to their married name then returned to their genealogical roots later in life. That’s absolutely okay too. Others have held to their married name to stay connected to children, business or others ties that still kept the once husband and wife unit bound.  That too, is an okay thing to do. 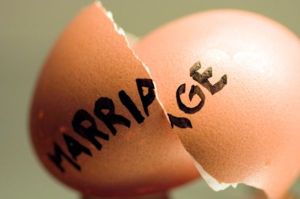 Pressing send on the inbox reply to my friend reminded me of a conversation I’d (thankfully) forgotten. About a year or so after my divorce process was final, when my ex-husband had a temporary change of heart, that didn’t line up with my heart (or God’s plans) a spouse of a friend insisted that I change my name back to my maiden name. This person was relentless in his dissertation for me to “give that man his name back”. Thankfully I was much more mature than I knew and didn’t return the conversational favor with a “while you’re so concerned with what my last should be where were you when I lost ALL income, lost my church family/job that I’d worked for for nine years, lost health insurance, lost life insurance, spent my entire savings to allow a man to leave me, and everything else that came along when he left?” Instead, I stated my point smiled like the sweet southern belle I am, loved him as a friend still and kept one side-eye open (I’m being real).

People, there is so much that a woman goes through when divorcing or being divorced.  I remembered that again when I read the message in my inbox. The embarrassment, the fear, the public humiliation, the private shame, the unanswered questions, the not knowing the literal ways of day-to-day things many take for granted, the starting over, the starting over after starting over, the kids, the house, the bank account, the losing of in-laws, the separation friends, the internal and external blame, the loss of housing, the schedule adjustments, the household chores, the struggling, fixing and finagling, and the inability to function without the freedom of not having to do so. A person’s last name should be the last thing on anyone’s mind, especially if you have the pleasure of snuggling up to your boo or bae each night.

The key to determining what to do regarding a name change is between two people…God and His daughter. It’s up to the party most directly affected by the dissolution of her marriage to follow her convictions and what she feels the Lord is saying is in her best personal, spiritual, financial and family-based interest. More importantly, when it comes to divorce, the focus on true healing and restoration trumps a name change or same name any day.