I’ll be honest. I wasn’t a fast fan of Facebook when it first made its options open for non-collegiate grown folk like me. I’d heard of the damage done to relationships where affairs and the likes were allowed to live, and I’d experienced firsthand a person I knew become consumed with it spending far too much time attending to “the book”.

Well, in 2010, I decided to bite the bullet and join Facebook in an effort to stay connected to those I would know longer see on a regular basis due to my divorce, to connect with new and encouraging associates and to reconnect with those I needed for my awesome at times, and not so much at others, new journey. Since that time, I’ve become a fan of what I once seriously/jokingly referred to as “the devil”, recognizing the powerful potential Facebook offers to foster healthy relationships, stay connected, get important messages out, build business, provide laughter, promote encouragement and the likes. I’ve also noticed some things that I’m sure Facebook wasn’t made for. I’m not talking about the  typical ease with which illicit associations and drama that puts “Empire” to shame can occur. I’m not talking about the bitter and very vocal hurting woman or man who uses the “Book” to continually put her/his child’s other parent on blast. I’m not hinting at the scantily clad photos or rants that should literally and figuratively disappear (but won’t because once it’s out there it’s out there). I’m not speaking to the cyber-bullying which should cease immediately. I’m not even referring to the poor grammar which pains me to my core each time I scroll by it. I’m speaking to the self-inflicted hurt which causes humans to question themselves or question others based on what someone posts. And while this effect is not at all caused by Facebook, it is certainly conducive to breeding unwarranted anger, misplaced hurt, self-doubt, or distrust if there are internal issues which allow it to do so. 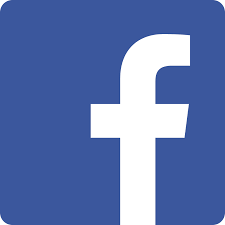 Again, there is much to say about social media and the damage it can do in the hands of hurting humans who use it irresponsibly. However, there is much good which has come about as well. Now, I’ve not spoken to Mr. Zuckerberg (yet), but I can imagine, after having seen the Social Network movie with my friend-in-my-head Justin Timberlake in it, that Mark didn’t create Facebook for any of the following: