Years ago in a far, far away land called the 1990s I was on television. Don’t believe me? Just check with Sallie Mae (I refuse to call her Navient) and the remaining bill I owe on my student loan for a degree from the illustrious University of Alabama at Tuscaloosa. Anywho, from age eight I’ve known I wanted to be on television as a reporter or anchor. And I was. It was wild and crazy, productively fun ride.

Now I’ve moved on to other ventures, but the television bug still bites me a time or two, especially when I see an athelete, politician, spiritual leader, event host or random eye witness unaware of the power of the big screen, and they say something, do something or wear something which takes away from his/her intended message. (i.e. some of our favorite infamous social media clips).

Anywho again, I decided several years ago to help people who want or need help getting on television or preparing to be on television. So I offer these tips to help you during live or taped television interviews…

Less is more, more or less.

Be yourself. Be your best.

If you don’t know don’t say.

Don’t ask to see a copy of the tape after you’re done, and try to avoid asking for a list of the questions just prior to the interview.

Stay away from acronyms, spiritual catch phrases and colloquialisms only known to or understood by you and yours.

Be careful of live mics. Don’t speak unless asked to do so.

Don’t take too many people with you to the interview.

Come dressed for the interview unless it has been expressed that you may get ready at the studio.

Take a deep breath…and get ready for Lights, Camera, Action! 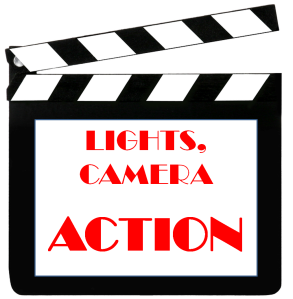