“Why don’t you have kids, Sweet Tee?” those were the words blurted out by my five-year-old niece as she sat in the back of my car battling a stomach bug which would have given the grownest of grown-ups a run for their money. Riding along for what seemed like two hours instead of 30 minutes as she “released” things which obviously didn’t want to be in her body, and didn’t care that we were in an enclosed car on the interstate, it was as if each time she “released” a sweeter than normal spirit would come over her causing her to profess her resounding love for her little sister, gaze out of the window and declare how special rainbow-colored uniforms are or apologize profusely for the mess she was making. Just before we arrived on the long, winding road leading to my neighborhood she whispered barely above a whisper the words “Why don’t you have kids, Sweet Tee”?

I was about to answer her question when we had another bout with the bug which almost made me pull over even though I was just blocks from home. Instead I kept driving (and praying and silently pleading for no more), when, upon entering the garage she said, in an even softer, sweeter, almost angelic voice, “Oh, I know why you don’t have kids. So you can help take care of us.” Baby….the floodgates of my Wet and Wild mascara mixed with Maybelline eyes almost broke. I don’t know if it was because of her innocent revelation, because I was finally home to be able to clean her and my car up, or because of feeling like I’d received a personal confirmation from Heaven. Either way I was almost a goner.

Do I have any kids is a question I hear a lot. I’m sure it’s normal for people to ask as an icebreaker or get-to-know-you go-to, especially for people like me who are in their 40s or who are or have been married. It doesn’t bother me at all to answer no, or say I have no biological children. But I recently read about entertainers like Tyra Banks, Chrissy Teigen and Aisha Tyler who’ve shared their heartfelt bouts with infertility, choice of career over children or difficulty conceiving and their perspectives challenged me to share my story.  Word from the wise: Take a moment to think about questions you ask of others, especially those who are unmarried or without children. You never know their story and what your questions might be stirring up.  Please be mindful. 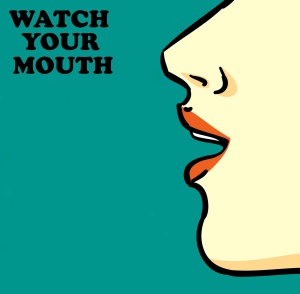 I think back to being in my upper teens, lying in a hospital bed and being diagnosed with endometriosis. Foggy, due to the anesthesia, I recall the doctor saying, “she probably won’t be able to conceive”, or something of the sort. As a teen, who barely had a stable boyfriend that hit me like a ton of bricks. I held on to that bedside burden and readily shared my accepted fate with those soon-to-come boyfriends as if it were some sort of scarlet letter of which they needed to know even though, in my late teens and 20’s children should have been the furthest thing in my mind. About a decade after my diagnosis, the Lord would silence the implanted doubt in my mind and prove that I could conceive, but ultimately show that His plans were bigger, greater and better. Go God!

While married, my ex-husband and I spent many grueling months (maybe years, I can’t remember) and lots of money on infertility treatment to find out what was the cause of not being able to have children when there were no known natural barriers to conception. I was jabbed in the stomach, stuck in the arm, pricked in the finger, dosed with pills, operated on, hooked up to machines, advised, consulted and consoled more times than I can remember with “no known reason” being the answer. My ex-husband was a man of faith so he proudly, publicly proclaimed what he believed God was going to do for us. I joined others and him in making preparations, choosing names, buying gifts and all that good stuff for the children which were sure to come. They didn’t. I bore the physical pain, doubt, internal fear and self-inflicted embarrassment when each “no” didn’t match up with what I believed God had said “yes” to.  Within a year of that time period my marriage ended. Again, God was showing His plans were bigger, greater and better. There wasn’t a medical reason for lack of conception, but a spiritual one. Go God! (Because He knew my reaction, response and bounce back would have taken a completely different route if children were involved in my divorce.)

Anywho, here I am a 43-year-old, footloose (not really) and child-free woman, who, admittedly ponders how much different my life would have been with my own seed. Truthfully, from time-to-time I wonder who will feed me Honeycrisp apples, drive me to Publix or take care of me when I’m old, especially because I’m currently not married, but I’m seeing all the more that that’s not my business. I’m God’s responsibility and if I’ve learned anything it’s that He knows what He’s doing and it’s always good! I never thought my life would turn out as it has. I thought I was born to be a mother and I am, just in a Heaven-made kind of way. Just ask Isaiah.

So now I look back and forward in appreciation for the born of my heart, not of my body godchildren, relatives and others I’m blessed to know and love. I also look from side-to-side at my other sisters in this journey of biological childlessness hoping to remind them of the extra-special, set aside gift they are to so many. And for that, and them I am eternally grateful, even if I needed a car-ride reminder during a child’s helpless battle with regurgitation to be so.

7 thoughts on “Why Don’t You Have Kids?”