Art, Beats and Lyrics made its final stop in Birmingham after visiting Charlotte, Miami, Houston, St. Louis and New Orleans for its 2016 tour. In its 11th year, Art, Beats and Lyrics’ February 5th Birmingham, Alabama visit was an electrifying, cultured experience gathering the best of Birmingham’s urban, professional, and eclectic community, and featuring a hodge-podge of music, arts, food and refreshing social engagement under the beautiful backdrop of Birmingham’s Regions Field. The at-capacity event presented by Jack Daniel’s Tennessee Honey and Gentleman Jack spanned multiple rooms and oozed of contagious, creativity as it featured works of art from the likes of Dubelyoo, Aniekan Udofia and Kazilla, and included a live performance from hip-hop legend, Twista.

Twista performed some of his top hits for a packed house at the 2016 Art, Beats and Lyrics tour finale in Birmingham. Presented by Jack Daniel’s Tennessee Honey and Gentleman Jack, Art Beats and Lyrics showcases some of today’s best upcoming artists, along with seasoned veterans in art and music under one roof.  (Photo by Kat Goduco)

While the ABL Tour is officially a wrap for this year. If I were you, I wouldn’t hesitate to hop on board next year to enjoy the thrilling ride where art is the masterful conductor and music is the undeniable conduit to bring people together for one night which can only be described as epic. 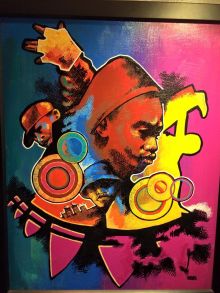 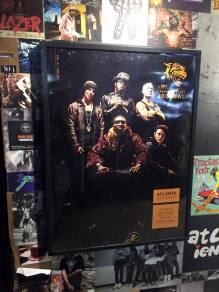 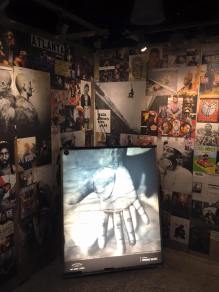 One thought on “All About That…Art, Beats and Lyrics”