In today’s day and age, a great deal of emphasis is often placed on being “grown”. I know you’ve likely heard it as I have, “I’m a grown “a” woman”, “I don’t have time for that. I’m grown”, “He ought to know better. He’s good and grown”, or ” She’s too old for that. She’s grown”. Let me help you with appropriately adjusting your expectations of people. Being “grown” is good when your behavior backs up your birthday. I’d like to argue that having “grown up” is better than being “grown”! 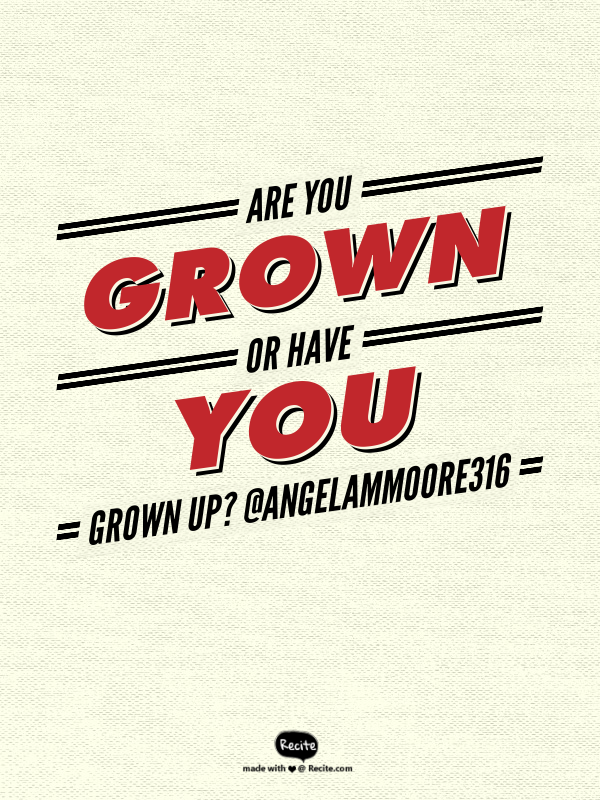