via The Royal Wedding: Love Conquers All

The beauty of the #RoyalWedding pales in comparison to the undeniable message of love conquers all. I am in awe of the utter courage displayed by #PrinceHarry, now known as #DukeofSussex as he totally forsook all forms of centuries-old, archaic, isolating, and hurtful traditions and chose LOVE. On the largest platform afforded to man, he had the gumption and gall to display his love in its most diverse form from nuptial start to finish.

With the poise of a prince and the relentlessness of a refined rebel, Prince Harry went against the royal grain to marry #MeghanMarkle, now known as #DutchessofSussex. He pledged his love to his betrothed, a black/mixed race, divorced, American actress from a broken home with a muddy family and messy half siblings, then publicly, and permanently professed his love for his princess in an authentic royal wedding with some good Gospel music, African influence, a preaching preacher, light-heartedness, lots of prayer, lots of love, no dignitaries, some movie stars, commoners, and The Queen. None of that must have been easy. None. Even in the midst of the most spectacular of celebrations, it certainly could not have been easy also for Meghan Markle to leave her life in America as an actress to purposely enter into the biggest fishbowl of her life for the fairytale of her life as she now dons the unofficial title of “America’s Princess”, while possibly being subject to the venom and hate, and comments, and opinions and ludicrous spews of tomfoolery from all around the world all for the sake of love. It can’t be easy.

But they decided that love conquers all, even hate. And in a moment, which, by no means was an ordinary wedding, their wedding was so much more to so many in the world. An “I do” by this #royalcouple pushed and pulled some people by their ashy Fred Flintstone feet out of the Stone Ages to the New Millennium. Now, Yabba Dabba Doo on that!

Say what you will about marriage. Feel how you feel about life. Like the Royals or not. Think as you may about the wretched ways of the world, but LOVE conquers all and May 19, 2018 was a beautiful, blue sky reminder of just that.  Prince Harry’s and Meghan Markle’s union is truly a bold, historical move to be marveled. I’m glad the world had a chance to watch. Now if we all would just act accordingly.

via Surviving the Shift of Separation

via Don’t Get Burned By the Fires You Set

via I Shall Not Be Moved

Whew! Last week was a doozy. On Thursday around 11am knee-deep in boxes, garbage, too much stuff, plans, phone calls, scheduling, rescheduling, unexpected conflict and the likes I was preparing for the move from my old house to my new and I found myself sitting on the steps of my downstairs den about to bawl like a baby. Actually, I think a tear did fall. This was supposed to be a blessed day. I’d prayed for this moving day FOR YEARS, and had overcome the struggles in the weeks prior just to find somewhere to live and a resource to afford it. I’d even celebrated this moment in advance as I prepared to finally be moved. But it did not feel like a blessing as moving day progressed.

On moving day things got off to a great start. I woke earlier than planned. The packing the days prior from some certified angels on earth was…

via Get Yourself a Cheerleader

Life happens. That’s an undisputed fact. In the midst of the rollercoaster called life which often brings with it Six Flag sized ups and downs, one of few things remain constant and true. We don’t have to look or act like what we’re going through. 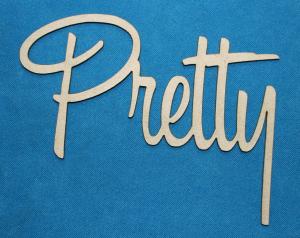 Sickness, Death, Divorce, Family Matters, Work Woes, Financial Stressors, and Spiritual Battles may come bringing with them life-altering and life-changing problems. Often times, there’s not much we can do about them as we go about the process of being done with them. But there’s something we can do. We can put our best face and best foot forward not becoming like the pain, struggle or challenge we are enduring. We can still decide to wake up every morning with thanksgiving to God, a grateful heart and a smile on our face. We can still decide to speak encouragement to ourselves and others. We can still decide to be nice and allow others to be nice to us. We can still decide to do the essentials like comb our hair, brush our teeth, shower, shave and show up wherever we’re going looking like we’re not going through. We can even decide to kick it up a notch and put on our best from head-to-toe as a proverbial one-two punch to the devil and our problems. Yes. Life happens, but we can still be our best even as the rollercoaster goes up and down. Choosing that path won’t always be easy. Choosing that path won’t always make sense. Choosing that path won’t always be understood, but it will keep us poised for God to move and for those watching how we handle life to see His power based on our “pretty”. So no, the “up and down” process of life may not always be pretty, but we can always be pretty in the process. 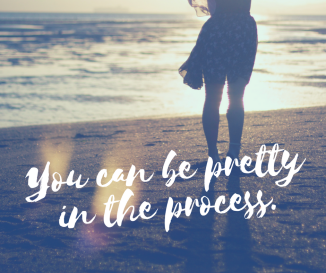 via Singles: Know That You Are Enough